The Pose - A Holiday Tale

It happened in a Saturday morning yoga class. Exhausted from preparations for the holidays, the yogi was looking forward to a yoga session. During a particular pose, the yogi closed his eyes, felt a calm awareness and was surprised to find he was perfectly aligned. That had never happened before as he was a novice at yoga.

As he continued to hold the pose, the students around him smiled as they admired its perfect alignment. The teacher stopped teaching the class to study the pose and called other yogis into the studio to show it to them. As word spread, yogis from other studios gathered around to admire it also. All seemed to agree that they had never seen a pose done with such poise.

As word of the pose passed from yogi to yogi, it became the number one discussion on yoga blogs and websites. Photos of the pose were scanned, faxed, emailed, made into posters and appeared on billboards. It was featured on the six o’clock news. The pose made the cover of Yoga Journal and the magazine renamed itself, “The Pose”, shortly thereafter. Famous yoga stars started making yoga videos, writing yoga books and offering yoga workshops about the pose. The pose began to be referred to as “The Pose”.

Novelists incorporated The Pose into their books. A famous author penned a pivotal work titled “The Perfect Pose” which went on to become the best selling novel of all time. The novel was made into a movie; the movie was adapted to a one act play; the play was made into a musical which gave way to a major opera called “La Pose”. This made the Italians very happy. Consequently, ancient yoga texts were rewritten to include The Pose. Yoga scholars discussed it in new commentaries on said ancient texts and new scholarly works were written about it.

The Pose enabled people to sleep peacefully through the night (without snoring), charm cobras, leap buildings in a single bound, acquire untold wealth and speak fluent Sanskrit and Swahili. They also gained the ability to compose complex jazz melodies while walking in the park.

The Pose went on to win the Nobel Peace Prize for physics, a Heisman Trophy, an Oscar for best supporting actress and was awarded the Congressional Medal of Honor by the President of the United States. A small pacific island nation changed its name to the Island of Pose, (Subsequently becoming the most prosperous nation on the face of the earth by offering workshops and conferences to teach The Pose to yogis around the world).

Endangered species began to reproduce rapidly, rescuing them from extinction. The lamb lay next to the lion and leprechauns were seen riding on unicorns. The sun always shined; the plants were always watered; the dog was always walked; the hole is the ozone was closed.
All creatures on the earth sang along to the Music of the Spheres; Gabriel blew his horn and the Sirens chanted hallelujah! Energy became unlimited and non-polluting; the Four Horsemen of the Apocalypse got off their horses to practice The Pose…and…

As the yogi opened his eyes and came out of the pose, he remarked to himself, “I sure wish I was better at this yoga stuff…” 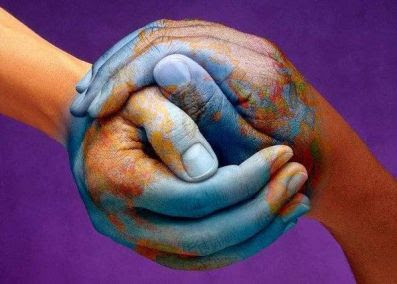