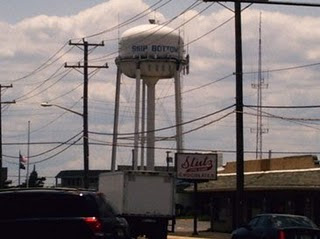 Yoga News - Where is YogaDawg

The Yoga world is a little grimmer this week with the suspension of the fresh, funny and controversial Yoga blog, “My Third Eye Itches”. A coalition of Yoga organizations, Yoga Stars and even Tom Cruise, has apparently persuaded Yoga blogging interests to suspend operation of the blog. According to the notice posted on “My Third Eye Itches”, Sri Sri Baba Swami GuruYogaDawg, the brains behind the blog, has offended the Yoga establishment with his wry comments, keen observations and patent dismissal of the Yoga-Industrial-Complex.

While some in the Yoga community are citing a “vast conservative Yoga conspiracy”, other are convinced this all stems out of the fact that Tom Cruise masterminded this attempt to silence the YogaDawg blog. It appears that there has been a long time festering wound that continues to be chaffed with each attempt by Mr. Cruise to purchase a YogaDawg t-shirt. Though the two disciples at the non-profit YogaDawg foundation appear incredulous at this suggestion, they nevertheless feel that some sort of feud among serious Yogis has resulted in punitive action against the blog.

Meanwhile, the whereabouts of YogaDawg are unknown. His disappearing has sparked a massive dawg-hunt in the hopes of locating this most elusive and controversial Yoga writer. There have been unsubstantiated reports of YogaDawg being seen wandering among the sadhus in Tibet and being seen with Elvis in a Las Vegas nightclub. YogaDawg’s last confirmed sighting was on Apr 19th. Accompanied by a well known Yoga socialite and blogger, YogaDawg had attended a Kirtan at a Washington, DC Yoga studio. Kirtan master David Newman was seen having a spirited exchange with YogaDawg but refuses to comment on what was discussed.

Several major publications are posing the question, “Where is YogaDawg”? 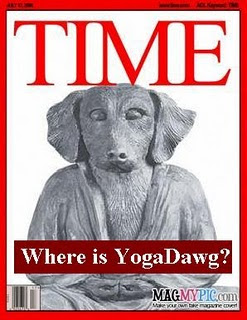 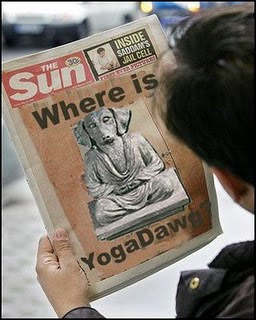 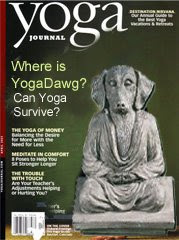 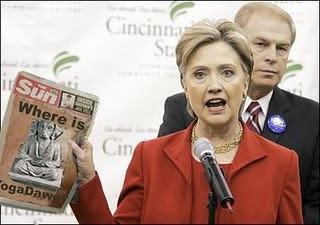