In a move that is sure to take the wind out of the debut of the new Harry Potter book, Harry Potter and the Deathly Hallows, YogaDawg Productions announced the publication of the new Yoga humor eBook, My Third Eye Itches.

Described as a “hilarious and satirical look at the neo-pop Yoga scene as practiced today by the cool, tight and trendy pimp-celebrity post-mod BoBo culture”, it has been reported that thousands of YogaDawg fans have gathered inside Yoga studios in major cities around the world over the weekend to discuss this most remarkable eBook and were asking important questions such as, 'Who dies at the end?', 'Does YogaDawg survive?’ and, in particular, “Is HotDawg (a disciple of YogaDawg) still hot or not?”

In Nigeria (headquarters of YogaDawg Productions), YogaDawg had received several email inquiries asking if My Third Eye Itches was some kind of joke and added that they would order a copy if reassured that the eBook is in fact real and not some Nigerian internet scam. YogaDawg Productions has replied with this statement, “This eBook is most certainly real and available. Just press the “Buy” button on the http://www.yogadawg.com/book.htm page. We expect sales to soar once we can get Yogis to stop doing down dogs long enough to click that damn button. Come on, you can do it.”

Weighing in with a hefty 100 pages, reviews of My Third Eye Itches have been almost universally glowing. Noting that the humorous tone of the book is a welcome relief in a jaded Yoga world, YogaDawg, age 97, is likely to see his fortunes swell with the publication of this Yoga masterpiece. He is currently estimated to be worth $211.59 from both sales of My Third Eye Itches and his world famous and much in demand YogaDawg t-shirts. With the publication of the eBook and on the heels of his successful LA tour, there are rumors of a Hollywood adaptation of My Third Eye Itches. If these rumors are true, the film is expected to bring in record global box office receipts.

Meanwhile, in India, police said they seized hundreds of pirated copies of My Third Eye Itches from a customer call center in Bangalor. It is also reported that unscrupulous street vendors are hawking pirated copies to Iyengar and Ashtanga students in both Pune and Mysore.

In a curious side note, in the hours after the release of My Third Eye Itches, Las Vegas bookmakers cut their odds that YogaDawg would actual sell a copy of the eBook, from 1,000,000/1 to 999,998/1. It is reported that there a couple of bets placed from “suspicious looking people wearing high end Yoga clothing and gold Om necklaces”.

Praise for My Third Eye Itches

George Bush – Dick, where’s your damn shotgun? This guy is getting on my nerves.

Dick Cheney – I think I’m having a heart attack.

Al Gore – YogaDawg is definitely causing global warming with all his hot air.

Rodney Yee – Colleen, is this book going to hurt my Yoga video sales?

Colleen Saidman - Shut up Rodney and go into Childs pose

Lindsey Lohan – It’s not my cocaine, it fell out of the YogaDawg eBook. 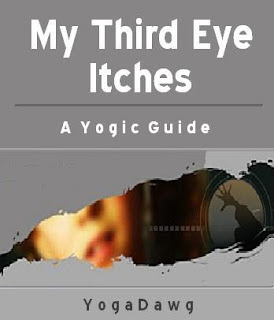 Financed by the non-profit YogaDawg Foundation and sponsored by adoring fans, disciples and assorted Yoga splinter groups, YogaDawg arrived in Los Angeles to deliver a series of lectures, workshops, classes and personal meeting with the leading members of the LA Yoga Industrial Complex (known as the “Industry”).

Promoting his SuperDuperBlissInducer Super Bok Choy ® method, YogaDawg wowed the Yogis in the City of Angels with his most efficient and amazing insights and approach to Yoga. Like a reigning pop star, YogaDawg arrived at LAX to the cheers of adoring fans and disciples with throngs of people lining the roads and highways as YogaDawg rode past on his way to Hollywood to met with members of the “Industry” to discuss the future of Yoga in America.

Packing lecture halls and yoga studios, YogaDawg demonstrated his method to all that would listen. Spending the night at the Paris Hilton in the West Hollywood Hills, YogaDawg held court with members of the press and the paparazzi, resulting in news articles in the major paper as they described the excitement of YogaDawg’s presence in the city.

Jenny “ShivaShaktiYogini-jini” Bennie described the excitement the best. Interviewing Jenny doing asanas next to her cardboard “squat” under a bridge on I-5 close to downtown LA (and home to other homeless Yogis), Jennie explained, “I thought that guy who spend the night with us was just another burned out, disillusioned Yoga wanna-be who had come to Hollywood with dreams of opening their own Yoga studio and becoming a Yoga Star. Who knew that he was the real deal? And shit, that guy was damn funny!”

Editors Note: In all seriousness, really and truly, not kidding, all joking aside, YogaDawg would like to thank Vanda Mikoloski, the Quantum Comedienne, for great laughs; Joni Yung, the Accidental Yogist for endless talks and Kimberly Fowler, the founder of YAS, for getting YogaDawg to do some real “California Dreaming”. Thanks for making a wayward Yogi feel at home and among friends in the Yoga capital of the world. These are the three coolest Yogis in LA…honest! 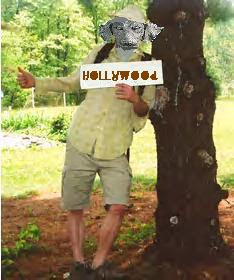 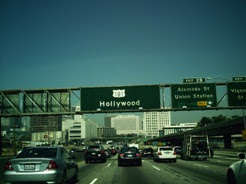 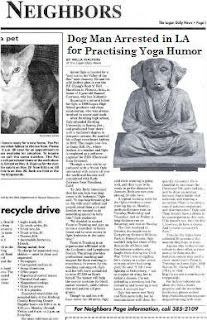 YogaDawg would be remiss if mention of certain Yoga dangers, both physical and psychological, were ignored. These are not to be taken lightly, as they could discourage you in your practice as well as causing long term health problems. Most Yoga books only mention the positive aspects of the practice, but the Yoga Guide will not flinch from this responsibility. YogaDawg feels it is important that you, as a Yoga student, are aware of these dangers.

If you find yourself developing any of these symptoms, please call 1-800-Get-Dawg to schedule an appointment at the YogaDawg Psychic Health Emporium. 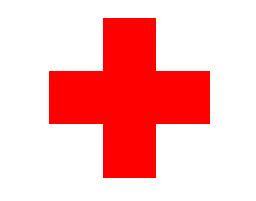 This happens when a Yogi has lost sight of the boundary between Yoga and the real world. After a few months of getting adjusted in a yoga class, there is a clear problem of extending this behavior outside the Yoga studio. You may find yourself adjusting sales clerks, your boss or anyone else you run into for that matter. This will not only piss them off but you may possibly be charged with assault so seek professional help as soon as possible for this condition.
Posted by Yogadawg at 3:54 AM

A male condition that occurs during a Yoga class while getting an adjustment from a pretty, young Yoga instructor. This occurs sporadically and there is no known cure. If this condition persists, only practice Yoga with instructors 60 years of age or over.
Posted by Yogadawg at 9:21 AM

Seane Corn, famous American yoga star and yoga babe, cut her hair last week. Even though her fawning male students are in shock, Ms. Corn reports that she is quite happy with her new 'doo'.

"I wasn't getting the respect for my yoga skills like the other famous American yoga stars. Everyone was so focused on my hair and not my yoga that I decided to cut it off. I'm not just my hair, you know. I am so much more. Besides, that stuff kept getting in my eyes all the time during all my poses", Ms.Corn said. She added, "I thought I might do the braid thing that Ana (Ana Forrest, another famous American yoga star) has going on, but Shiva (Shiva Rae, another famous yoga star) said yoga students might confuse us. So she suggested this".

When Baron Baptiste, another famous American yoga star, was reached for comments regarding Ms. Corn's new hair style, Mr. Baptiste said, "I don't know why she doesn't wear a bandana like me. I think that would be kind of hot".

Meanwhile, the members at the Organization of Bald Men are thrilled by her new look. "We have adopted her as an inspiration to all of us here", said Barry Barnsworth, spokesmen for the organization. "I think a lot of us are going to take up yoga", he added. 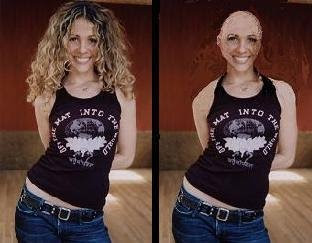