On the heels of the investigation involving Ex-Gov. Eliot Spitzer over the call-girl scandal, another revelation has come to light regarding Spitzer’s secret life outside the governor’s office. Investigators have revealed that the ex-governor, in addition to having liaisons with prostitutes in a Washington DC hotel, had also apparently been engaged in partner yoga in an Eastern Shore yoga studio. The Yogic Love Shack yoga studio, located by a mosquito infested marsh outside Golden Hill, MD (a 2 hour drive from DC), is home to a style of yoga that involves using partners.

While some in the small town have reported seeing black limousines out there by the Yogic Love Shack from time to time, most dismissed them as pols from Washington going duck hunting. “I knew there was some funny stuff going on out there, but I thought it was just Chaney (Vice President Dick Chaney) shooting up barns and road sign that he likes to do when he comes out here”, explained Hal Cromwell (Organizer and president of the Muskrat Beauty Pageant).

In any event, investigators said Spitzer was clearly a repeat customer who spent thousands of dollars on high-priced partner yoga workshops over an extended period of time. It was also said that some of the money even went towards private yoga sessions with a yogini named Shakti.

What is remarkable about all this is the fact that the FBI has videotape showing Spitzer engaging in partner yoga. “We knew that he was indulging in some kind of perversion over there in that shack, but couldn’t decide what we should focus on, prostitution or partner yoga”, explained agent Ben Miller. “I mean, that assisted Down Dog he was doing was pretty sick,” he added.

In the court papers, a Yogic Love employee was quoted as telling Shakti that Client 9 — Spitzer, according to investigators — "would ask you to do things that ... you might not think were safe," and Shakti responded by saying: "I have a way of dealing with that. ... I'd be, like, listen, dude, you really want to do headstand?" 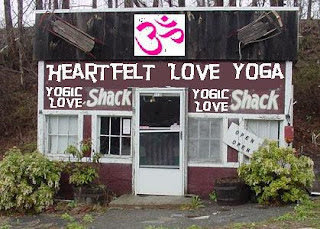 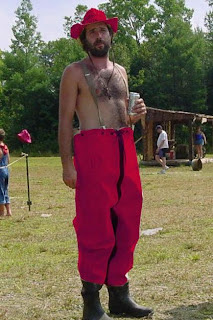