I laughed in yoga class during savasana as they play some of that saccharin sweet yoga music thinking what would happen if they put this on instead...or played it all the way through a yoga class...

In October, 1965, John Coltrane recorded Om, referring to the sacred syllable in Hindu religion, which symbolizes the infinite or the entire Universe. Coltrane described Om as the "first syllable, the primal word, the word of power". The 29-minute recording contains chants from the Bhagavad-Gita, a Hindu epic. The 1965 recording, issued posthumously, has Coltrane and Pharoah Sanders chanting from a Buddhist text, The Tibetan Book of the Dead, and reciting a passage describing the primal verbalization "om" as a cosmic/spiritual common denominator in all things. 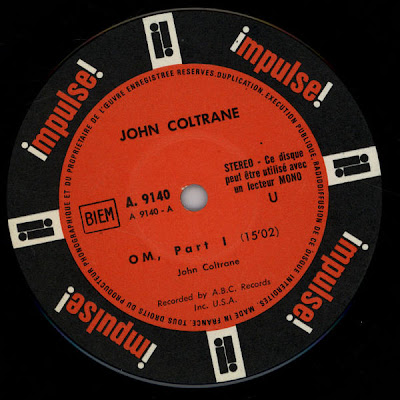