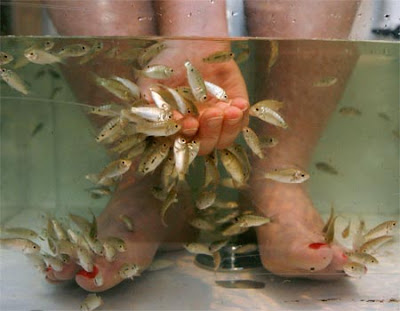 Stage 1 – The Initiate – This is the largest class of teachers within the yoga community and the ones you most likely will run into and befriend at first. They ply their yoga in church basements, local parks, their own apartments or anywhere else where yoga has been reduced to a payless commodity which is euphuistically being sold as “community yoga”. The Initiates do this knowingly and mindfully as they are comforted by the awareness that they are working the age old path of all the yoga teachers that came before them; that as an unpaid yoga instructor. While an Initiate may claim to be working for the soul of yoga itself by taking the practice ‘to the people’, other slightly more financially successful yoga teachers know that they are really pecking for dropping that fall from the ample underbelly of the economic yoga beast.

You will also find the Initiate outside the studio in yoga’s peripheral world: teaching in gyms, in underfunded and rundown community centers for seniors and the indigent or sitting in booths at street fairs and yoga festivals representing high-end yoga studios in exchange for free yoga classes.

While yoga passion motivates the Initiates’ yogic lifestyle, lack of a regular, steady yoga job propels them to engage in extreme networking in the search of a paying yoga student. Meanwhile, as the bills roll in, they can be found practicing deep pranayama as they focus their dristhi on their next visit to another studio in town to beg the owner for a chance to teach a paying class (albeit, a deeply discounted one).

Yet the Initiate is heroic. These impecunious yoga teachers are the ghee that glides the mighty yoga machine along. They are the ones who inspire countless students to realize that there is more to yoga then just a tight yoga butt, a trendy new workout routine or making a fashion statement decked out in high-end yoga outfits. And ironically enough, it is the Initiate that will inspire said yogis to get their teacher training and begin the endless cycle all over again.


Behavioral Identifiers:
- Communicates with students and other Initiate teachers about lofty yoga ideals
- Overzealous smiles and too intimate hugs to students that show up for their classes
- Will be seen tacking leaflet for free classes on telephone poles
- Dreams about hitting the big time by teaching in a high-end spa or famous yoga studios
- Sports well worn yoga clothes
- Will only eat vegetables and gluten-free foods
- Calloused feet