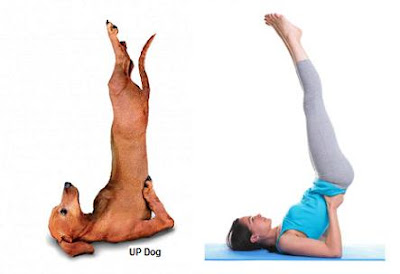 Oh man, wish I wrote this...now this is satire!


Is Yoga and Tantric Sex Safe for Christians?

"Yoga initially began in ancient India as a way to tenderize barbeque. It is still used by Japanese monks for Kobe beef. It quickly became a religious practice for Buddhists and Hindus as a way of uniting the body and spirit and promoting vegetarianism. Many of the diagrams for the chakra or points of light for the soul use diagrams similar to those used for the butchering of meat from vegetarian animals. This should set off alarms of concern for most Christians considering adding these stretching exercises to their workouts. For those still curious and bent on trying this form, study of the asanas or positions may help avoid the mistake of yoga."


Read the whole thing here
Posted by Yogadawg at 1:19 AM