Iyengar to buy Ashtanga for $16.5 billion - From the YogaDawg Archives

Having been at this for over 5 years, I realize that some of my best stuff is buried and new readers might not have read. This is a new series where I resurrect some fun posts from the past.

This is one of my first fake news pieces that caused a stir at the time it was posted and always liked it because it points out the rivalry that I saw going on between schools of yoga in certain studios that I was going to. Needless to say, I removed Pattabhi from the story so it doesn't come off dated (I still think it works). 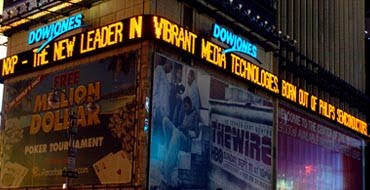 In a move that is hoped to finally bring peace and healing to the fractured Yoga world, Iyengar Yoga has agreed to buy Ashtanga Yoga in a $16.5 billion deal that will create the world's largest Yoga School. This historic merging of the two styles will close the schism that was created many decades ago when the founders drifted in separate directions. Though both claimed to be doing the "True Yoga" (both had been taught by the same Yoga master), it had led to much strife, name calling, back stabbing, grand standing and show boating among the teachers and students of each style.

The new Yoga School, which will be called Iyentanga (trading symbol IYGA), will be the world's largest Yoga School with $16.6 trillion in assets mainly from Yoga props. BKS Iyengar, founder and chief executive of Iyengar Yoga, will serve as executive chairman of Iyentanga, with overall responsibility for the integration of the two Yoga Schools. Madonna was given the nod to serve as chief executive officer of the new combined School. Mr. Iyengar acknowledged her brilliant 'acting' of Yoga in her films and what nots. Geeta Iyengar will be in charge of getting the Ashtangis to stop their loud Ujjayi breathing during class and quit all that jumping around from pose to pose that they are known for.

When asked if Iyengar was going to acquire any other Yoga Schools, Mr. Iyengar mentioned that both the Jivamukti and Anusara schools looked tempting.

In the meantime, Sharath, head of the Ashtanga School of Yoga, when asked about his current plans, said "I'm are going to relax on the beach at Goa and watch the babes for awhile. I'm kind of tired from all those jump throughs and jump backs after all these years." It has been reported that Sharath is contemplating his next venture. "I'm are looking at Pilates very closely."
Posted by Yogadawg at 10:43 PM