Yoga Injuries (Not so funny...) 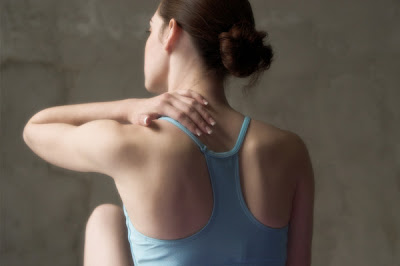 As someone who suspects knee injury due to yoga and hearing about hip injuries among long time practitioner of yoga, this article was of interest to me. I think this one of the better articles on yoga because it show both sides of the yoga coin. Being around the yoga scene over a period of time, I've heard stories about yoga injuries but rarely seen things in print.

"There has been no serious attempt made to study the rate of injuries amongst Ashtanga practitioners – there do seem to be a number of sensitive shoulders and sore backs. And those knee operations that are held up almost like badges of battle honours, the long-term practitioners who experience degrees of discomfort in their bodies. But it has to be noted that this applies to other yoga styles – two teachers (one teaching since 1985 and the other from the early 1990s) told me that as much as there are knee issues with Ashtanga practitioners, there are hip issues with Iyengar practitioners. Both of these teachers trained and taught within the Iyengar tradition before branching out."

"Yet I know several people who have experienced significant healing from conditions such as cancer or chronic fatigue thanks to their Ashtanga practice. There are many examples of sick people getting better because of Ashtanga – practice definitely has the potential to be healing. One reason is that this strong stretching of the physical body can be highly therapeutic as there is releasing of held tension and a breaking down of emotional tightness. It is unquestionable that Ashtanga can be healing: but this does not mean that we cannot question the how of practice and encourage a wider perspective beyond physical postures.

via Yoga With Norman

Also an interesting article, "When Yoga Hurts", on the subject from the New York Times The comments here are insightful.
Posted by Yogadawg at 1:45 AM