The world's first chakra transplant was successfully carried out today by a team of 5 yoga teachers and several 200-hr teacher trained assistants at the Louisville General Yoga Studio, Kentucky.

The operation, which was led by studio owner Debbie Dean, was undertaken on an unnamed 54-year-old man. It took more than seven hours to complete. The donor Elsie, a 6-year-old heifer from Old McDonald's farm, had its Heart Chakra removed immediately after her death. It was rushed to the Yoga studio via Federal Express.

When questioned why the man needed a Chakra transplant versus a Chakra healing, Ms. Dean explained, "Look, this guy was turning into a grumpy old man whose piss poor attitude was upsetting everyone around him. When his wife first approached us, we thought Yoga would be enough to get a little joy out of him. But we were mistaken. We had decided that he needed some radical treatment".

Reading from a prepared statement on the steps of the Yoga studio, Ms. Dean said, "The patient, as far as we know, is satisfactory and recovering well". The man's wife reported that she thought she saw something like a smile on his face for the first time in 15 years. "It was kind of weak but that is to be expected since he hadn't smiled for so long". His reaction to the implant over the next 10 to 14 days is expected to be critical."

Ms. Dean, who was accompanied by the entire Chakra transplant team, said the operation lasted around two hours despite the fact they were working together for over seven hours. She added, "We expect the patient to begin sipping Mint Juleps and cheering for his favorite horse at the Kentucky Derby in a matter of months."

When asked why the Heart Chakra from a cow was used, Ms. Dean replied, "Well in India, the cow is sacred and it is well known that the cow Chakras are identical to those in the human being, so they can be transplanted". Ms. Dean was also asked if regular health insurance would cover a transplanted Chakra and she explained, "Not yet, but now that other Yoga studio owners see this as a new potential revenue stream, I'm sure that there will be a push to have this covered".

This current cost for a Chakra transplant range from $250 for the Root Chakra to $1,025 for the Crown Chakra. 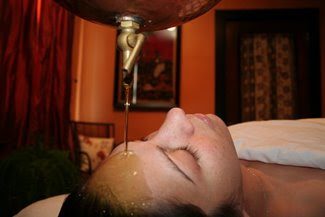